In 2014, the book was awarded the Ed A. Hewett Book Prize for outstanding publication on the political economy of Russia, Eurasia and/or Eastern

Europe. The book is now available in paperback. 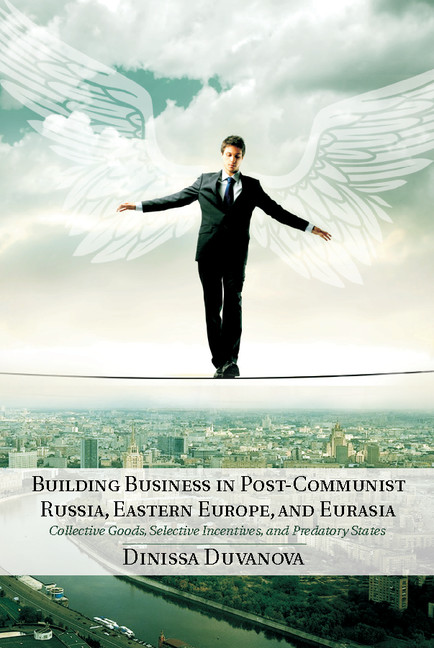 “Violent Conflict and Online Segregation: An Analysis of Social Network

Nikolaev and Alexander Semenov), May 2015.

“Firm Lobbying vs. Sectoral Organization: The Analysis of Business-State

“Bureaucratic Corruption and Collective Action: Business Associations in the

“Legislative Accountability in a New Presidential Democracy: Analysis of the

“Business Representation in Eastern Europe: The Failure of Corporatism?” in

“Divide the Minds, Conquer the Land: How the War in Donbas Segregates the Nation,” VoxUkriane (8/10/2015)